Participate by making tax-deductible contributions to the COMMON Education Foundation. Your gift to CEF will make a significant difference to the future of the IT industry and a new generation of technology professionals. Your generosity, combined with that of others, will enable CEF to accomplish its goals today and in the future. All contributions are needed and welcomed from individuals, corporations and organizations.

Please select from the dropdown list below to allocate where you would like your donation to go. Thank you for supporting the COMMON Education Foundation! 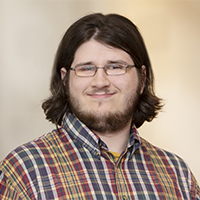 The 2019 CEF Student Innovation Winner is Calvin Buckley of New Brunswick Community College. Calvin was able to attend POWERUp 2019 with his father and present on his award winning project.

A friend, knowing that Calvin was familiar with Mono codebase and had attempted port of it to another operating system, suggested Calvin try to make the port to the IBM i system. Calvin jumped into the project. During the project, Calvin ran into issues with the numerous endian and JIT issues but was able to solve the problems with a little help with a cooperative upstream and his own enjoyment of unfamiliar code.

Thanks to Calvin's hard work and innovation, the IBM i platform can now run the open source implementation of Microsoft's .NET Framework. It enables both a new class of developers and a new set of solutions. This will surely bring value to the IBM i community for years to come!